Which game do you hope to play again?

My gaming lack of attention span means I want to play a ton of things and the list of games I want to play shifts constantly. My weekly group have a few games lined up, a combination of returning favourites and new ones to try out. I’m part of a monthly 7th Sea game which may move into D&D for a bit, so I’m looking forward to that.

I recently played Tall Pines and Hearts Blazing which were promising but didn’t reach their conclusions due to time constraints, so I’d like to return to them to see the games reach their proper end points. One of the main games I’d like to play again is Monsterhearts. It’s wonderful, trashy teen drama mixed with monsters. It’s the awkwardness of adolescence and figuring out who you are (or figuring out that you never actually will) made into a larger spectacle.

As far as new games I want to play, I have recently printed Trouble For Hire’s resources and it looks like it’ll be a bombastic take on games like Lovecraftesque where you all control one characters, only this time it’s got a dash of Mad Max in with it. I even have upcoming games I’m interested in, like Good Society, which is a role-playing game based on Jane Austen’s fiction. I don’t know how well that’d go down with my current group and I’ve not really got any great ideas for storylines for the game, but I still want to play it. 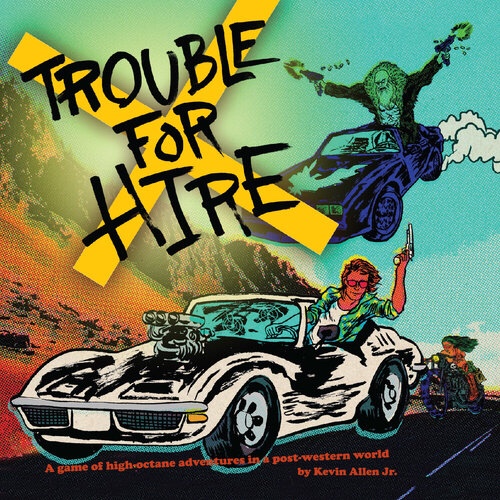