The Slippery Fish and The Haunted Coaster

I worked for a bank for nearly a decade. For a time, I was part of a group for a project taking place in a mostly abandoned building. The bank was letting their contract with the office run out and had refused to remove any items from the premises. The thought was that it would be too pricy to take the stationary, computers and furniture out rather than pay folks to trash it all at the end of the contract. 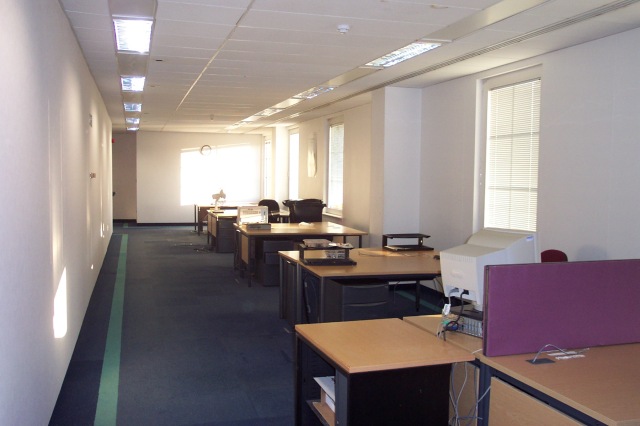 This Marie Celeste of offices felt strange to exist in, just me and a handful of others in a small room on the top floor. There were so many signs of life and whenever we needed another desktop, a fan when it got hot, maybe some new pens, we would go hunting. I would spend my lunch in people’s offices, still surrounded by far too many things of theirs left behind. It was most disturbing when you’d find a personal item; holiday photos, personalised mugs. One office had a purple plastic box which was standard for people changing buildings, but it had been left there at foot level. There were some personal items, a lot of work-based paper and a pair of marbled green pens which were all I looted from there. They were beautiful, a little thin for my large hands to grip onto and they ran out very quickly.

The fourth floor was the best floor. There must have been some attempt to organise things before people were told to leave it. There was a wall of ring binders. This was during the sub-prime crisis, while things were starting and people were paranoid about spending any money. It got to the point where my team back in the building with people and lights and work weren’t able to order new stationary. A legal event had caused tons of people to write in with DPA requests, eager to loophole their way out of their debt. They went crazy for it, whole companies were built on trying to exploit people who wanted a way out of their credit card debt in this method. It was fended off because it wasn’t really all that valid, but it didn’t stop us needing tomes-worth of paper for all of these cases and places to store them in. At the same time, we weren’t allowed to buy plastic sleeves or ‘slippery fish’ to put the files in.

One day we grabbed a roll of bin bags and guided some of the temps from our old team through the back door where the security guard wouldn’t see. Our company wasn’t the main one in the building the security guard for our floors was in a small side room, watching Supernatural and reminiscing about his days as a guard in a mental hospital to anyone who would listen. It was easy enough to get half a dozen people past him. We snuck up, took all the slippery fish that we could fit in bin bags. We took replacement parts for several PCs which needed mice, monitors and keyboards back at the office, then fled.

The fourth floor became populated as our project for closer to release. No longer was it a weird haven of stationary flanking a large table filled with empty beer cans and signs of an impromptu leaving party. Programmers flocked in, creating PCs out of the trash around them and walls out of anything which wouldn’t work. 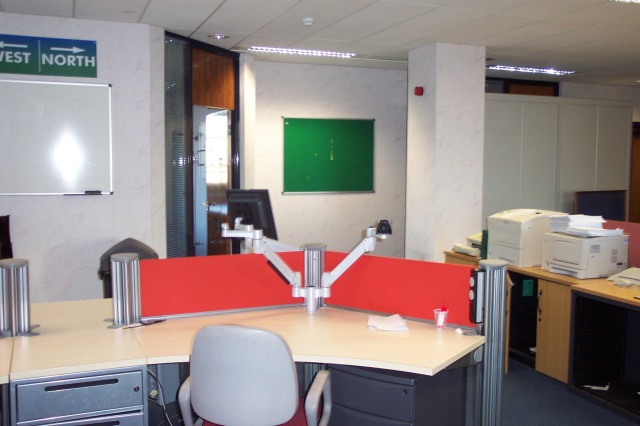 Things were alive, but only slightly and only on the fourth floor. Our floor and the one below still held enough mysteries to keep things interesting. One of the times we were on a stationary run in an abandoned floor, I found a table where it looked like people were half way through a coffee round before they vanished. An open jar of cheap coffee going mouldy, several cups nestled together on a tray in preparation. Right next to them was a cup on a desk which had been moved tactfully towards the others, still on a coaster. Someone hinting about being included in the coffee run. Someone who didn’t know they would all be mysteriously gone before anyone would get a drink.

The coaster the cup was on looked cool. It was green and a little tattered at the edges, like it belonged to an older time despite being here. There were faded rings from all the cups which had been on it before. No one who owned it before was here, no one would miss it. I took the green coaster to use with my drinks in our small room. A nicer coaster was found at one point, but I liked this one, so I took it to my desk back in the building where my old team were. When I did overtime, I could use it. A colleague and I had been chatting about whether the coaster itself was haunted and had caused the disappearance of all the workers. It looked out of place, after all. I told him that if we went back to the old office for overtime and everyone had vanished, leaving a large circle of human teeth and small piles of dust, I’d know not to disturb old looking objects in the future.

The security guard who loved Supernatural, the history of aircraft carriers and conversations about his former jobs had overheard these conversations between my colleague and I. One day he gave me a transparent plastic coaster with a clipart picture of a cup of coffee on it.
“That’s a real haunted coaster,” he said.
I looked at it, dubious. I generally avoided conversation with the guard. He was pleasant and his stories were entertainingly odd, but I would enter the building five minutes early and reach my desk fifteen minutes late after talking to him.
He was giggling. “Turn it round,” he said.
I did and the reverse of the coaster had a clipart ghost on it and the word, “BOO!” in a spooky font. He fell about laughing. I kept my own haunted coaster, but thanked him anyway.

My team were not consumed by the haunted coaster, although talking about this theory loudly in front of them led to some small resentment of it. When my team was disbanded and I was reassigned it followed me. It’s still in the office where I now work, a reminder of my experiences in that strange building.

The coaster has fallen apart over the years. Still no ghosts though.