I wrote an update for where I’ve been at, what’s been going on and where you can find me. Then I didn’t post it and life kept changing. WordPress reminded me that I should actually pay for their service and I realised I should actually do more than simply hermit away, which I realise has been my default response to things.

Our family home is almost signed over to my brother and me. It’s taken way too long but we’re nearly there. The place is still a haven of half-unpacked tat, although the biggest thing to happen is the workroom. Originally my mother’s woodcarving studio, Emma pretty much singlehandedly transformed it into a writing studio for us both.

The workroom. Emma’s desk is the nice one with the skulls, mine is the one with the shrine to Cyclops on it. Rothko’s is the cushion on the right. He’s not a good writer.

The garden has mostly been overrun by grass and spiders. That’ll be one of the next challenges as it’d be nice to get it habitable in order to have some barbecues before the nice weather goes away.

As well as the house and a large amount of woodcarvings, I also inherited a dog, Rothko. He’s wonderful, weird and if you’re a follower of mine on Instagram or Facebook, you probably see a lot of photos of him. He’s ancient now, at almost 15 and a half years old. He’s a lot more shaky now, both physically and mentally, so there’s been a lot of adapting to that. 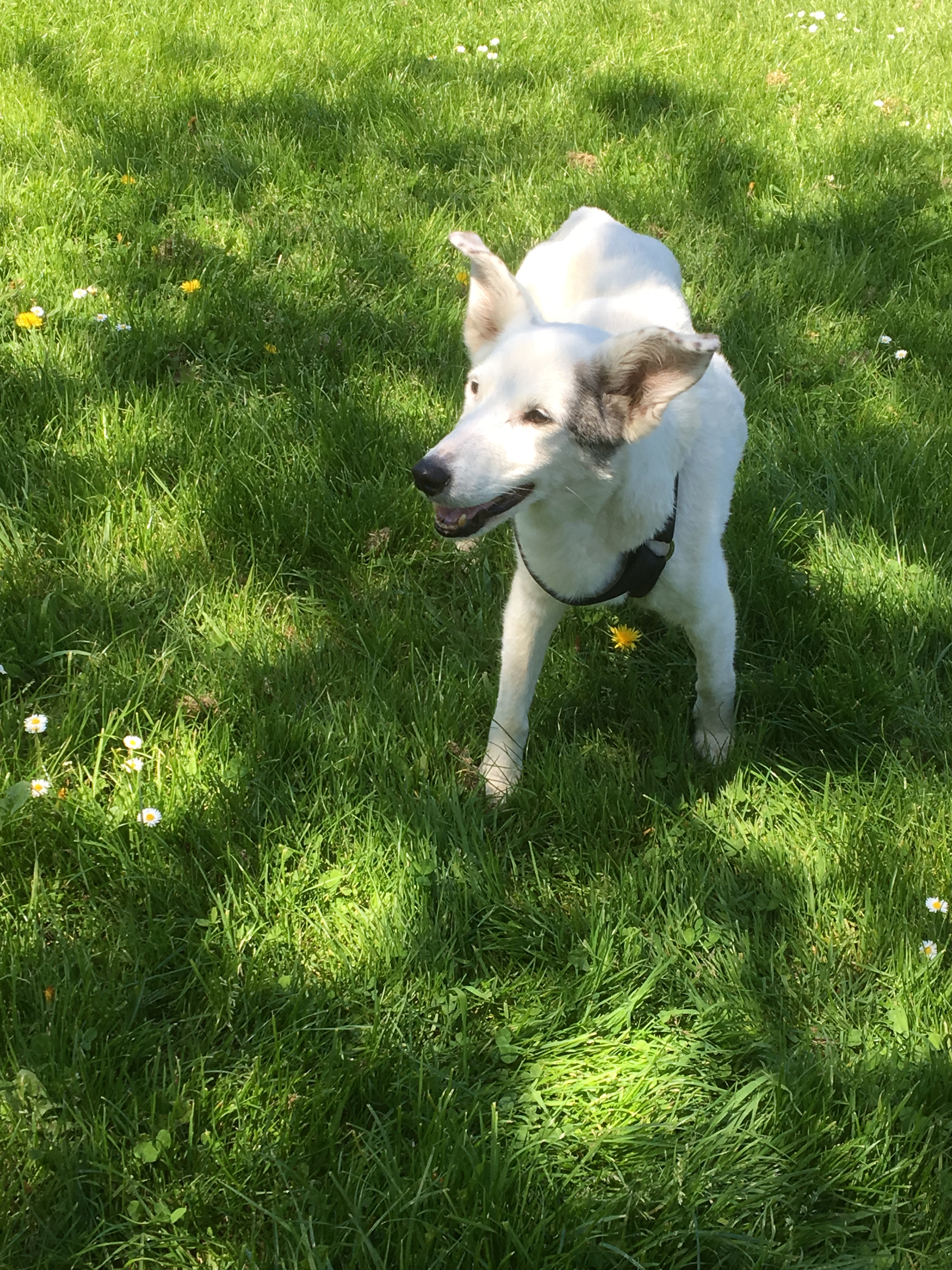 I feel so sorry for my wonderful, beautiful idiot children of the Lightningverse, who have been neglected for a while.

The last few years have been a bad place to edit Lightning given the (mostly) lighter tone. It’s a comedy about aliens living on Earth, trying to be human despite their powers and weird tropey backgrounds coming in to interfere.

I’m getting back on track with editing Lightning Episode Two: Bill Meets World and intend on at least getting that published this year, along with the relevant side fiction. Hopefully I’ll also get Episode Three: Nemesis, edited and ready to go as well. I’ll be mentioning more nearer to the time here and at www.lightningtales.com.

I’m still writing for Who Dares Rolls and taking part in their podcast. I want to get into a few different things and rework the ‘actual play’ style articles as while they provide content, they’re a bit too bogged down in minutiae and lead to me spending a lot of RPGs taking notes which I’ll then barely be able to read.

Hopefully I’ll get some more one-shots run and reviewed as well as articles about aspects of gaming which inspire and intrigue me. I’ll also be taking part in the Who Dares Rolls live show at the UK Games Expo on Saturday the 2nd of June from 8:30 until 9:30. It’s our fiftieth episode and we’ve got a fun tabletop quiz show prepared. If you’re there, it’d be great to see you! 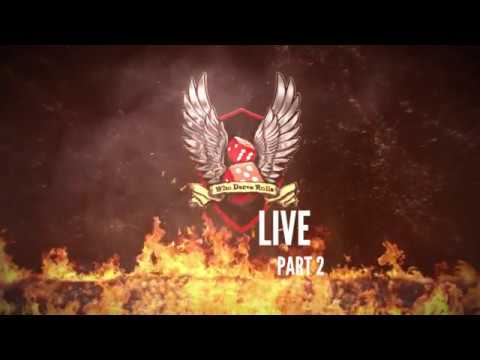 I’ve added some tabletop site recommendations on Meeple Like Us recently, hopefully something I’ll do a few more times in the future.

Some smaller games chatter like my actual plays of Hostage Negotiator will probably still go on Faked Tales rather than elsewhere.

Here’s a big positive change; I’m going to be writing a couple of comics.

Matt Hardy of Mad Robot Comics asked whether I had any ideas for an anthology set in his Cadavers-verse. I immediately threw Matt my ideas about the blob character featured in the background of Cadavers issue one, who I felt was a private detective. In the last few months I’ve handed in a script for that and another story in the Cadavers anthology and have been stunned by the quality of work from the artists involved. I don’t know if I can say anything about the non-blob story, so instead here’s a preview page from Blob Detective: 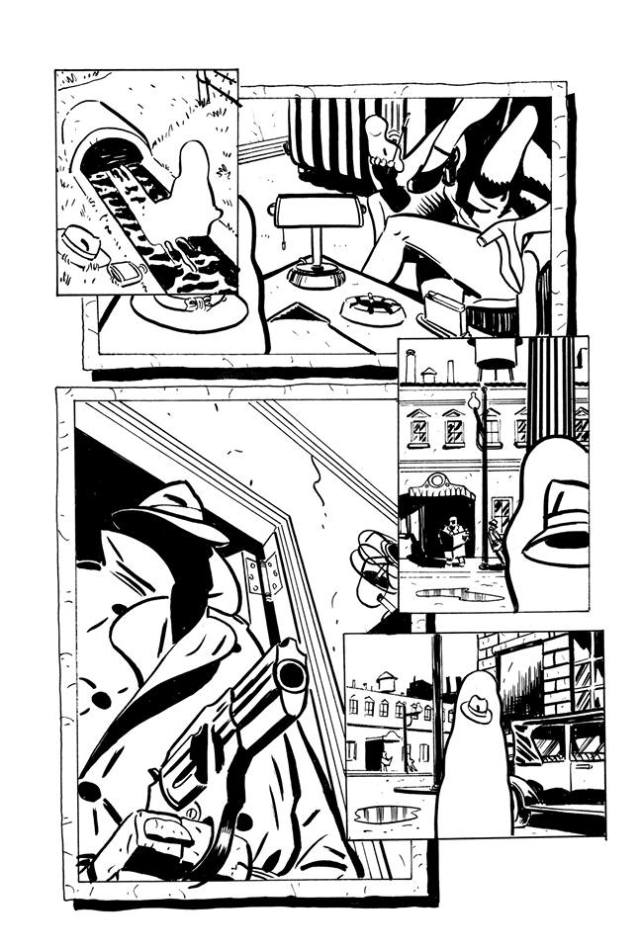 The art is by Russell Mark Olson and if you think this is impressive, just you wait until you see the full story. I’ll be keeping you up to date as things continue.

So what of this site?

This is still my hub for any updates about my work, so if anything of mine gets published anywhere on or offline, I plan on putting it here. I also have a few short stories I want to get done, some chatter about the popular culture which doesn’t have anywhere better to go.

Hopefully this site will get more full of life, which is also my personal goal. Let’s see how that goes!

Like Loading...
This entry was posted in General and tagged blob detective, mad robot comics, meeple like us, personal update, podcast, uk games expo 2018, who dares rolls. Bookmark the permalink.